This column was first published in The Nevada Appeal on June 18, 2003, when I was only fifty-three years old. Now, I’m seventy. It was posted here as part of my Healthy Habits for Happy Humans series. 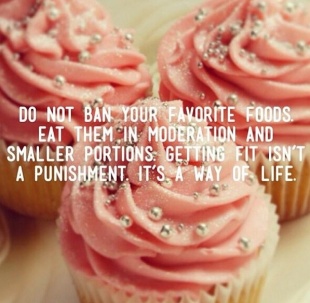 Perhaps this story begins in February of 2001 when I renewed my driver’s license. You know that space that asks for your weight? I told the truth for the first time in over twenty years. I came clean with the DMV and myself.
Perhaps the story begins much earlier. Like many women, I’d gained weight with babies, birthdays, and bread machines. I had begun avoiding cameras, shopping at “the big girl store” and looking, well—matronly. For the past eight years, I hadn’t been able to lose more than a few pounds before giving up and gaining it back.
No, I am not new to dieting. I’ve been chubby since about sixth grade with only momentary glimpses of my hipbones in the intervening years. I’ve even lost forty or more pounds several times. So in September 2001, when a Weight Watcher leader agreed to come to school if twelve people signed up, I interpreted it as a sign from the universe that it was time to learn to manage my weight—once and for all. I was determined to figure this out. I would do it —not for a reunion or a cruise but for good, and for myself.
As the months went on, I learned which foods really satisfied me and which foods merely used up my points and left me hungry. Hence, I became a little pickier about what I ate. I might choose to spend some points on half a slice of cheesecake rather than the leftover Halloween candy. Instead of eggs, hash browns and sausage for breakfast I’d have oatmeal so that I could go out to dinner. Tostadas didn’t need to be “supreme,” nor nachos, “macho.”
Another step in being honest with myself was writing down everything I put into my mouth. Putting it on paper put me in touch with my own individual patterns of eating and what changes to make. I also learned that if I didn’t keep track, my body kept track for me.

So when someone asked, “Don’t you want a brownie?” I could honestly say, “Yes, but no, thanks.” I knew what I wanted most—new capris in a smaller size.
I did move a bit too. I tried to get to Wet Sweat twice a week and used my pedometer to see how close I could get to 10,000 steps each day. I did stretches and crunches in front of the TV at night.
Slowly, VERY slowly, I lost the weight I wanted, nearly 35 pounds. It took almost two years to reach my goal—over a year for just the last 10 pounds. But I made it this month. That’s a long time for a “short attention-span dieter” like me. However, if I’d lost the weight more quickly, I might not have learned some important lessons. These changes have become habits, not quick fixes.

I know that choices—even little ones—make a difference. The effect is cumulative, for better or worse.

Every choice put me closer to or farther away from my goal. Like climbing a mountain, I may have stopped awhile or veered off the trail to enjoy the flowers. I may even have slid back a bit. Nonetheless, I knew where I was headed and who was responsible for getting me there. I learned to forgive myself. I wasn’t weak if I gained a pound or two, just human.
What helped me most though was the support I received from my friends, my WW buddies and that sweet guy I married thirty years ago. They loved me and believed in me no matter what size I was. More importantly though, they NEVER—not even once—asked, “Should you be eating that?” That kind of “help” would have sent me right to the cookie jar. On the other hand, my daughter asking, “Where’d your butt go?” continues to motivate me.
Learning to manage my weight has been similar to playing computer Solitaire games like FreeCell or Spider. I just kept hitting the “restart game” button until I won. I might have been dealt a hand of cards with a slow metabolism and a taste for carbohydrates, but I finally figured out how to play them. It only took a lifetime.
Am I thin? No, but I’m thin enough. Moreover, if I can do this, maybe I can do other impossible tasks like cleaning the basement or programming the VCR. I’m just waiting for a sign from the universe.

10 thoughts on “Gains and losses go beyond the scale”