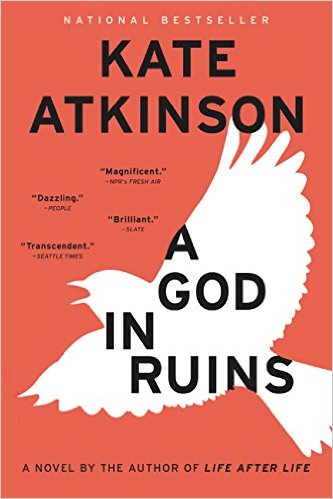 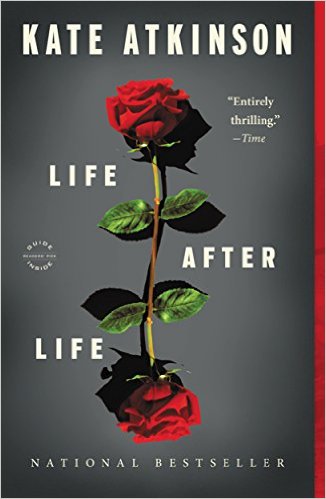 In Life After Life, Kate Atkinson stretched the concept of fiction and challenged readers by exploring multiple futures for her protagonist, Ursula Todd. In A God in Ruins, she does something similar for Ursula’s brother, Teddy, an RAF bomber pilot during WWII. Atkinson calls this a “companion piece” and not a sequel. A master of the omniscient point of view, the author provides the reader with recollections of the past and glimpses of a future. Each character is clear and memorable and gives voice to witty and often conflicting insights. I knew these characters and cared about them. Even the disagreeable ones. Teddy’s daughter is difficult (to say the least) and yet, “He loved Viola as only a parent can love a child, but it was hard work.”
The reader can’t help but notice that after Londoners survived the horrors of The Blitz, Teddy and the RAF inflicted the same kind of terror and destruction on the cities and citizens of Germany. According to the author, bombing crews “… experienced some of the worst combat conditions imaginable and fewer of half of them survived.” Death was everywhere and while he doesn’t talk about it with his family,

Teddy “…made a vow, a private promise to the world in the long dark watches of the night, that if he did survive then in the great afterward he would always try to be kind, to live a good quiet life…And that would be his redemption.”

As I approached the end of the book, I began to worry about what was coming for my beloved and now elderly Teddy Todd. While there is a conceit, Kate Atkinson is so skillful and caring toward her characters that I enjoyed every moment of Teddy’s life.

5 thoughts on “Imagining a future”