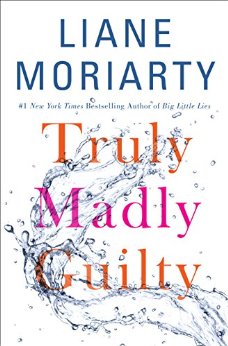 First, let me express my love/hate for Liane Moriarty’s ability to suck me in and keep me reading just one more chapter. She made me care about the characters and then she dropped bread crumbs of information at just the right moment. In short, it is pacing perfection.  Or torture.  I like to read to fall asleep and this one kept me awake.  Not scary, but certainly compelling.

Erika and Clementine’s friendship has always been an uneven, uneasy one. As children, Clementine’s do-gooder mother pushed her to be friends with Erika, whose family life was a dysfunctional mess. Erika became a project of sorts that Clementine often resented.   Clementine, a cellist, has always been a little absent-minded, disorganized, and careless. Where did that ice-cream scoop disappear to? Erika, an accountant, is neat, orderly, and conscientious–maybe a little OCD. There is a sense, now that they are adults, that the traits they developed were perhaps in response to one another, as much as anything else.

Something awful (tragic? scandalous?) has happened at a neighborhood barbecue. We aren’t sure what, but it has deeply affected Erika and Clementine. Clementine has taken to giving little motivational speeches about “One Ordinary Day.” Erika has a gap in her memory about the event and keeps trying to fill in that breach. What did she do? Was she to blame?

The question of who’s mad and who’s guilty will lead you through the book. You will suspect just about everyone of something along the way. Moriarty artfully ends each chapter with some little hook to make you read on. And because all these original characters (like the former pole-dancer who is now something of a real estate mogul) tell their own sides of the story, you may have to read a few more chapters to satisfy your curiosity. I just couldn’t stop.

Their spouses, children, parents, and neighbors all play a role and each one feels a bit of guilt for what happened. And I’ll bet you’ll be both surprised and touched by how each person—from the youngest to the oldest– responds in their own way. Recommend.

Others books by Liane Moriarty you might enjoy. I did. 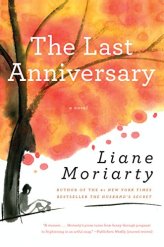 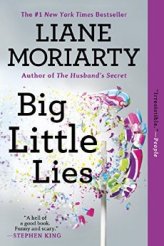 One thought on “Book review: Just who is truly mad and truly guilty?”