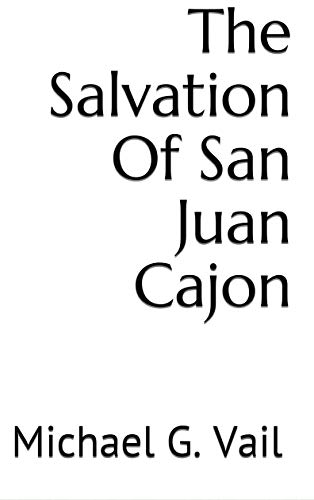 The Salvation of San Juan Cajon

Last month at my 50th high school reunion, I chatted with a Michael G. Vail, a classmate who had just published his first novel. And since I know how difficult it is for unknown writers to get the word out about their books, I bought it and read it.

The title and lack of cover art gave me no clue as to the genre or subject matter. A spy thriller? Historical fiction? A military saga? So, I just started reading, hoping I could review it positively.

I am relieved to say that I can.

It turns out to be a modern heroic tale. Think Don Quixote living in Southern California in the late 20th century. Our unlikely hero, workaholic Micah Wada, is a facilities planner for the San Juan Cajon School District which is facing the impossible situation of massive overcrowding and nowhere to grow. Contentious factions, including the school board, city hall, California State Legislature, and the diverse population of the community must come to consensus or lose funding for a proposed and much needed new high school. Economic, cultural, and racial issues are pitted against each other. And then there is a suspicious death of a prominent woman.

Micah is a widower and has built his very successful professional life around solving such problems, but his failure as a father gnaws at his conscience. His teenage son ran away four years ago and he has no idea where he is.

If you have ever worked for a school or municipality, or wondered why public projects take forever to accomplish–this story will likely resonate with you. Mike’s insider knowledge–borne of a career as a manager of facilities and construction for some of California’s largest school districts—illuminates the challenges of balancing conflicting interests for the greater good.

Mike even left room at the end to carry the story forward. Good job!

One thought on “Book Report: A hero with a passion for public service”