This column originally appeared in the Nevada Appeal on December 5, 2001, almost twenty years ago. September 11 was still fresh in our minds. 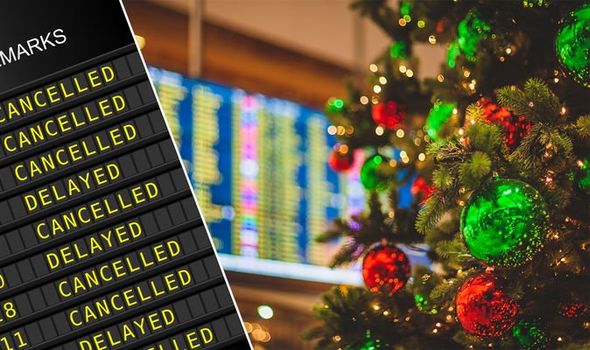 “We’re not going anywhere for Christmas. We’re staying home,” our younger daughter Katie asserts as she submits her Christmas list.

You may think this is a response to the events of September 2001, some fear or trepidation about airplanes falling from the sky. Actually, it’s a response to December 2000. Her list details holiday menus and how many lights should be put up outside, the Advent calendar and my almond butter cookies. At twenty-one she’s our baby, but has always been very clear about what she wants. She’s being especially clear this year.

You see, last year I made up my mind that I’d had enough of the Christmas craziness, the expectations, the stress, the shopping, the cooking, and decorating. I wanted to escape for Christmas and maybe even escape from Christmas. I wanted to discard all Schaefer traditions and go someplace warm and fun with the girls. Our older daughter Joanna would soon be graduating from college and any future Christmas vacation—or any vacation—with the four of us would likely be next to impossible. I also considered the notion that if we had one Christmas devoid of tradition, we could then add back in the ones that meant the most to us. Hence Katie’s list.

After searching the Internet for sunny winter getaways with something for everyone, we decided to spend a week doing the Disney thing in Orlando, Florida. None of us had been to Disney World, but Don and I had grown up with Disneyland practically in our backyards. We knew that no one does entertainment better than Disney. In addition, I got a great deal on a hotel and airfare package and booked it months in advance.

The trip was the gift, so the under-the-tree, hung-by-the-chimney stuff would be minimal. There would be no tree. The girls would exchange gifts. My husband and I would exchange gifts. Strict spending and size limits were enforced; after all, it had to fit in a suitcase. But remember, we were getting a great trip to Disney World.

What began however, as a way of escaping the holiday hassles will live in infamy as part of our family mythology. Eight-hour delays will grow to two days in the retelling. Being rerouted to Minneapolis will become an interminable trek to Siberia. Moreover, I will forever be remembered as the Grinch who stole Christmas.

You see, our dream trip turned into a nightmare shortly after 5 AM on December 23rd when we arrived at the Reno-Tahoe Airport an hour before our flight. Our Delta flight had been cancelled.  Wasn’t Delta the symbol for change in my high school math classes? You know, change in the x or y-axis? This time it was a change in departure times, change in airlines and change in airports. Connections were delayed because of heaven knows what. Perhaps the crew hadn’t arrived. Maybe they were traveling on Delta too. Our vacation started many hours later, in the wee small hours of December 24th.

At least we were able to make all of our connections. The family behind us missed their cruise—a family reunion/grandpa’s birthday/Christmas cruise—because of the cancellation. Yikes. We actually felt lucky for a moment. Then boarding the flight from Minneapolis to Orlando was delayed by an hour because of smoke in the cabin. What next?

The trip back home was equally fraught with problems requiring that our family be split up and that we spend an unexpected night in Salt Lake City.

And this all happened before the events of September 11 increased travel snags.

We will therefore be home for Christmas. Nevertheless, we feel torn by conflicting desires at this time of year. Our parents and other family members are still in Southern California. Don’t ask me why, but they are. Our older daughter is still in New York City. Don’t ask me why, but she is. So, we feel the tug to travel, to be with our large and much-loved family. This year, however, we have decided to stay home rather than go home for the holidays. Or go anywhere for that matter. We’ll have a merry little Christmas right here.

This year I’ll hang stockings by my own chimney and deck my own halls. Then I’ll bake my almond butter cookies while listening to Bing and Nat and Garth on my own stereo.

Yup. There’s no place like home for the holidays. My home. Sweet.