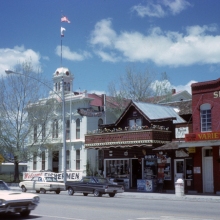 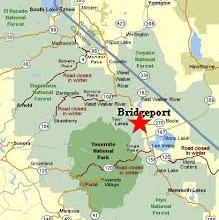 If you’ve ever traveled U.S. Route 395 along the Eastern Sierra, you know that there are some great little towns between Southern California and Lake Tahoe. US395 also serves as “main street” for both Carson City and Reno. But that section is only part of its story. Built in 1926, the road begins in the Mojave Desert at Interstate 15 and ends at the Canada-US border where it becomes Highway 395 in British Columbia.

The little town of Bridgeport was first known as Big Meadows and was settled in 1859. As mining activity increased and sawmills were built in the surrounding area, Bridgeport became a supply hub. The Mono County Historical Society provides a detailed history in this newsletter from 2002.

While the population is a mere 575, Bridgeport is visited by thousands of tourists every year as it is the gateway to camping, hiking, backpacking, and hot springs. Fishermen come for the streams and lakes teeming with rainbow, brown, and cutthroat trout. With over 500 miles of cross-country skiing, snowshoeing, dog-sledding, snowmobiling, and multiple-use trails, Bridgeport is known for its winter recreation as well. 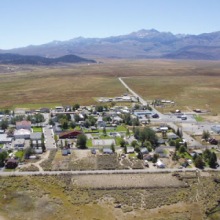 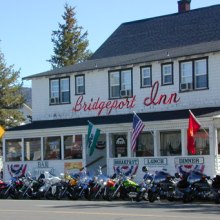 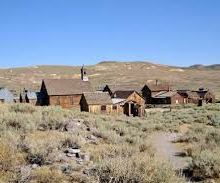 Like history? The ghost town of Bodie is also nearby. And the Mono County Courthouse is listed on the National Register of Historic Places. A couple of hours south you’ll find the Manzanar War Relocation Center, one of ten camps where Japanese American citizens and resident Japanese aliens were incarcerated during World War II. In 1942, the U. S. government ordered more than 110,000 men, women, and children to leave their homes and detained them in remote, military-style camps.

So you can see that despite its small size, Bridgeport is a pretty lively place. 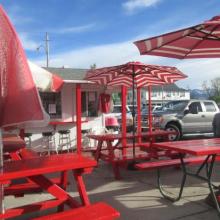 Libby’s aunt and uncle, the fictional Dr. Matt MacCormack and his wife Ellie help Claire at a critical point in my novel, US, NOW AND THEN. Claire gets a job at the very real Jolly Kone drive-in during the summer of 1972. The little town holds a special place in Claire’s heart. Mine too. We’ve camped at nearby Honeymoon Flat and made many pit-stops here on long drives heading to and from visits to family in Southern California.