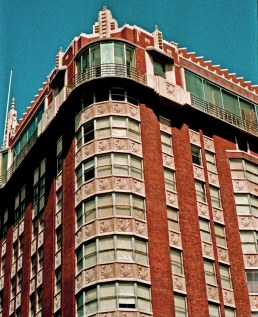 In my novel, Us, Now and Then, young Claire Jordan arrives back in Northern Nevada in 1972 after being sent home from Peace Corps training. Ashamed and too embarrassed to go home, she and her best friend Libby check into The Mapes Hotel in Reno. It’s here they decide what to do next.

At the time, the Mapes was still a grand hotel, but like the story of the Ormsby House in Carson City, it did not come to a happy end.

The Mapes family ran cattle through the Truckee Meadows in the 1860s. Charles Mapes built the hotel as a monument to his late father, George. At the time of its completion in 1947, the Mapes was the tallest building in Nevada.

During the fifties and sixties, it was the premier hotel in Reno. Many celebrities of that era stayed there, including the cast of The Misfits during filming. Guests at the Sky Room, a famous nightclub at the top of the Mapes were entertained by the likes of Frank Sinatra, Jimmy Durante, and Milton Berle. Sammy Davis, Jr. performed there but was prohibited from staying in the hotel due to segregation. During the 1970s, brothel owner Joe Conforte paid a percentage to the Mapes’ bellmen to direct clients to his Mustang Ranch.

The Mapes Hotel thrived throughout the 60s and mid-70s but began to face competition from more modern casino/hotels in Reno in the late 70s and early 80s. The hotel closed in December of 1982.

The building decayed as many different owners took possession of the building with plans to revive the old girl. All efforts failed. Finally, the Reno Redevelopment Agency took possession in 1996. Despite being listed on the National Register of Historic Places as a “Most Endangered Site,” the National Historic Trust offered no help in preservation efforts. In attempts to save the building, many engineers were brought in, all of whom came to the same conclusion. The Mapes was poorly constructed. There was no hope of restoration. Despite much local protest, the Mapes was demolished on Super Bowl Sunday, January 30, 2000. Watch the video here: http://renohistorical.org/items/show/9#.VHu_Z4vF98E

Today the site alongside the Truckee River serves as the Reno City Plaza with a park and art displays from Burning Man. The plaza is also used as a staging area for community gatherings including the annual Women’s March. Those protesting racism and remembering George Floyd also gathered here recently. 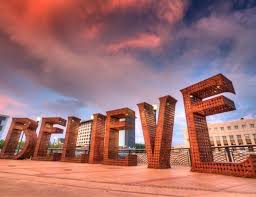 4 thoughts on “Friday Field Trip: The Mapes Hotel and Casino”