Having just finished This Tender Land with its compelling, at times breathless, life-and-death narrative, reading Anne Tyler’s Redhead by the Side of the Road might have caused fiction whiplash if I hadn’t known what to expect. It’s that different in tone and structure.

I’ve been reading and loving Tyler’s books for over thirty years. There are never any heart-stopping struggles here, merely uniquely human characters with whom we empathize. We watch the changes and growth that take place inside them. Redhead is no exception.

“You have to wonder what goes through the mind of a man like Micah Mortimer. He lives alone; he keeps to himself; his routine is etched in stone.”

But Micah, now in his forties, has started to feel age creeping in, beginning with his eyesight. And he worries he might be missing something else.

“What was that little redhead doing by the side of the road? Because even though he knew by now that it was only a hydrant, still for one fleeting instant he had the same delusion all over again, every single morning.”

“He momentarily mistook the hydrant for a redhead and gave his usual shake of the shoulders at how repetitious this thought was, how repetitious all his thoughts were, how they ran in a deep rut and how his entire life ran in a rut, really.”

“He has noticed that his faulty vision most often reveals itself in attempts to convert inanimate objects into human beings.”

As the story progresses, we get to know Micah’s equally quirky family, and both his current girlfriend, and an old girlfriend from college.

“The thing about old girlfriends, Micha reflected, is that each one subtracts something from you. You say goodbye to your first great romance and move on to the next but you find you have less to give to the next. A little chip of you has gone missing; you’re not quite so wholly there in the new relationship. And less there in the one after that, and even less in the one after that one.”

“Sometimes when he was dealing with people, he felt like he was operating one of those claw machines on a boardwalk, those shovel things were you tried to scoop up a prize but the controls were too unwieldy and you worked at too great a remove.”

“Women kept the world running, really. (There was a definite difference between ‘running the world’ and ‘keeping it running.’)”

“Under the surface, he thought, maybe he was more like his family than he cared to admit. Maybe he was one skipped vacuuming day away from total chaos.”

“The only place I went wrong, he writes, was expecting things to be perfect.”

If, like me, you are an Anne Tyler fan, you’ll probably enjoy Redhead by the Side of the Road. But if you’re a reader who needs to be kept on the edge of your seat, you might end up asking “Where’s the plot?” And I’d have to answer: inquire within. 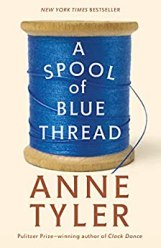 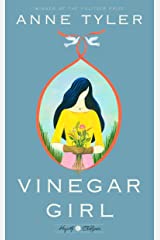